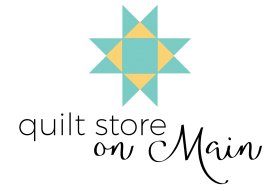 The owner of Quilt Store Next Door, Shelley began quilting in 2001 when a co-worker invited her to a quilting class. Having no previous sewing experience, she became immediately hooked on quilting and is mostly a self-taught quilter.  After a series of life events took her away from quilting for several years, she jumped back into quilting and sewing when her daughter asked for a sewing machine in January 2013. Shelley then began a home-based business selling fabric, notions and her own handmade products online via Etsy and Facebook as well as teaching small classes.  In August 2014,  Shelley knew it was time to expand her class offerings, so Quilt Store Next Door, LLC opened in a 400 square foot building on Depot Street in Pataskala, Ohio. The shop grew so rapidly, that one year later the shop relocated to a larger building also on Depot Street. In 2017 an opportunity arose to move to an even larger space in a prime location right in the center of town.  In November 2017, Quilt Store Next Door relocated again into a wonderful mid-century building: its current location at 365 S. Main Street in Pataskala, Ohio and became "Quilt Store on Main." Having a love of all things crafty and handmade, Shelley teaches many of our quilting classes, home dec project classes as well as kids classes.  Shelley is a graduate of The Ohio State University with a Bachelor of Science in Dental Hygiene and has worked the last 20+ years as a Registered Dental Hygienist.  She resides in Pickerington, Ohio with her husband and daughter. They are members of Tri-Village Christian Church in Pataskala. 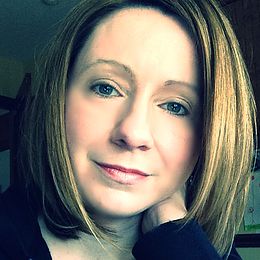 Adrienne Anderson is a graduate of Johnstown High School and Mount Vernon Nazarene University with a Bachelor of Arts degree in Early Childhood Education. She first learned to sew at age 9 through her involvement with 4-H Clothing Projects. She continues to work with 4-H as the 4-H Program Assistant for Licking County. She was bitten by the quilting bug in 2010 when she made her first T-shirt quilt. She is an avid fabric collector and loves to try new sewing/quilting techniques. Adrienne resides in Johnstown, Ohio with her family where she enjoys sewing and baking and is always eager to share her vast knowledge about all things sewing. She is a member of the Highwater United Church of Christ in Newark, Ohio. 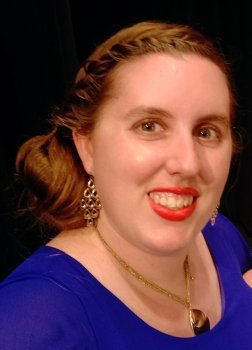 We welcome you to Quilt Store on Main! Our shop is not large so space does not allow us to stock thousands of fabric bolts. If there is something in particular that you need for your project, we will gladly special order it for you. What we do have is a curated collection of modern and on-trend fabrics, project kits, pre-cuts and sewing notions for the modern sewist. We offer classes that are aimed to help you make the things that matter to you in an environment that is relaxed and comfortable. Our classes are small on purpose so that you will be able to ask questions and understand how to finish your project once you have left your class. We cater to beginners who are trying to navigate their way around their sewing machine but offer plenty of educational options for the more experienced quilters and sewists interested in learning up to date techniques and to be introduced to the latest tools and supplies. We offer classes in quilting, garment sewing, knitting and crochet. When you walk into our quaint little shop, our goal is to make you feel welcome. Since the business began in 2013, our first priority is to conduct business with honesty and integrity; loving people and glorifying God in all that is done in this place.

Thank you for being our customer,

The Staff at Quilt Store on Main